My first occasion to hear of Doctor Toman was on talk radio 1580AM. He was giving an interview on a less invasive procedure for knee replacement. I called a friend in New Hampshire who asked if I knew of an orthopedic doctor here in Punta Gorda to replace both of his knee joints. Next my wife Gen became a patient of Doctor Toman for her knee and finally I had surgery on my right shoulder. The operation went well with some 16 stitches and 2 screws but this did not surprise me. He had drawn a picture of the torn tendon and what he would do to repair it prior to the operation. All went well. The Arc Shoulder Brace became a 6 week partner in my life and caused me some restless nights but the results were worth the discomfort. Six more weeks of physical therapy with Larry and Theresa Martin who are now connected with Associates in Orthopedics provided the finishing results, all under the watchful eye of Doctor Toman. He occasionally visited while my therapy was taking place asking how I was holding up. The Physical Therapy Office is directly connected to Doctors office. He is a caring Surgeon who puts his patients first. My shoulder is healing well and with 6 more weeks of therapy, hopefully I will be back at 100%. All thanks to Doctor Chuck 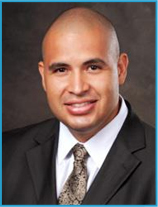